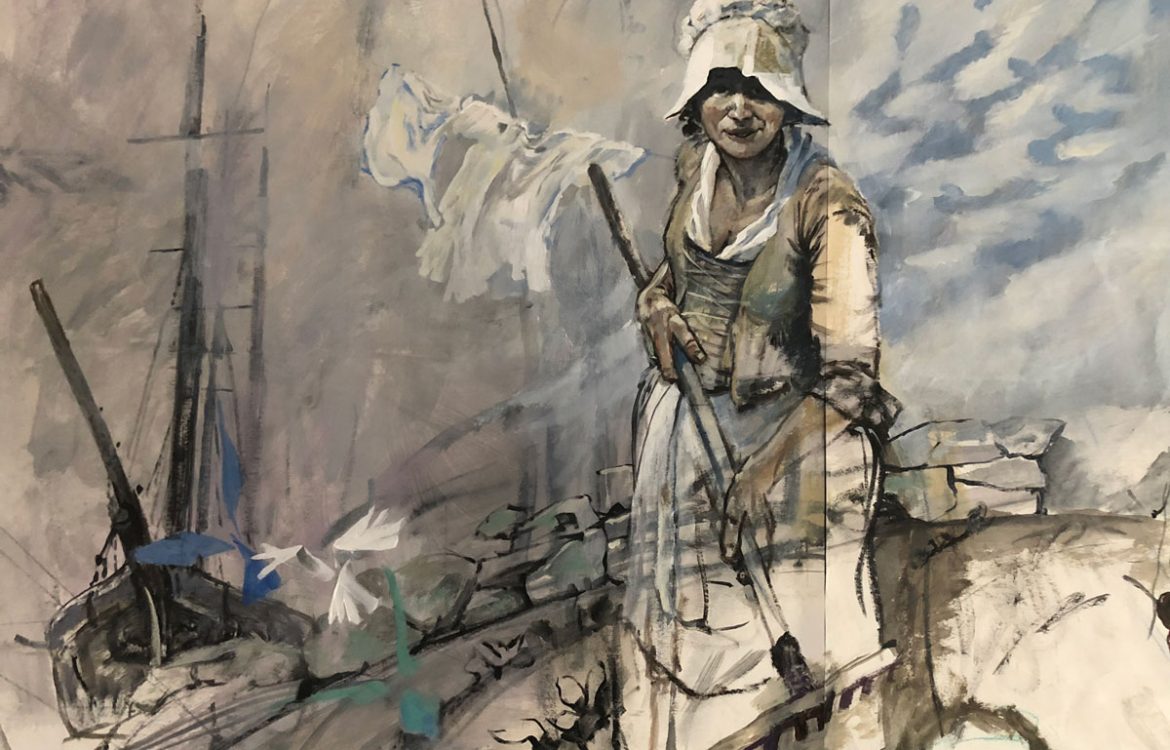 Work is progressing well on the Hallowell Mural Project. Had several visitors on yesterday’s open mural studio Thursday. Here are some photos of progress. Some initial block-ins of figures. I am working on the top of the mural—adding in some key historical figures. You will see these scenes come into focus over the next days.

Martha Ballard, the midwife, well known for the journal she kept.

Dr. Benjamin Vaughan, here seen writing a letter to Thomas Jefferson with whom he corresponded for many years.

James Mathews, who escaped slavery in South Carolina, made his way north stowed away on a ship from Charleston to Boston and made his way to Hallowell with help along the underground railroad. He had a troubled life but his account of his years as an enslaved person became important in the national Abolitionist movement.

The upper left of the mural represents all the seamen, mostly men, young and old, who went to sea from the home shores of Hallowell.

And the women stayed home to tend the crops, raise the families and build the home communities.

Wow!!! Your art really speaks to me!!! But then it always did and has! You are amazing! 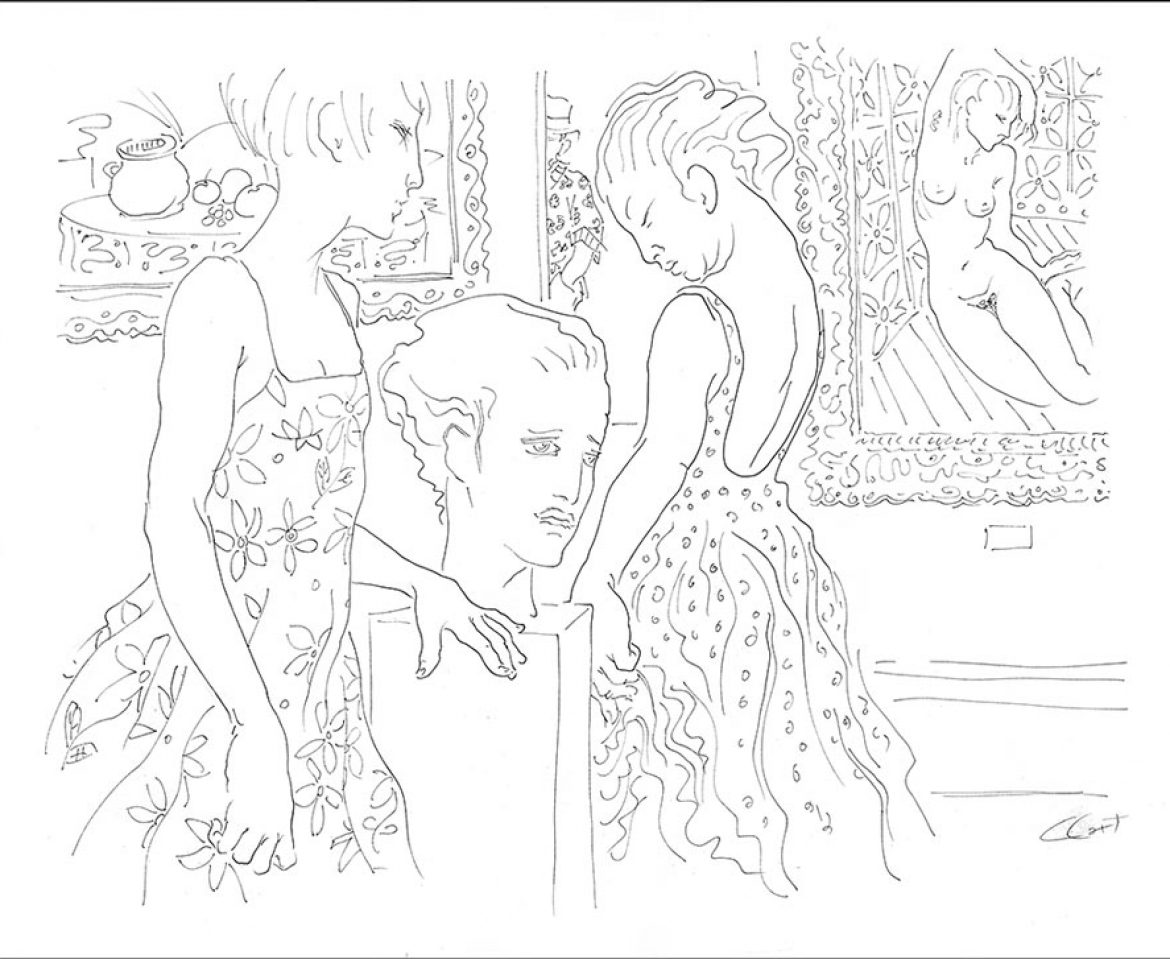 Women at an Art Show

An original ink drawing of two women at an art show—their attire, and their graceful poses part of the assembled art.   art size 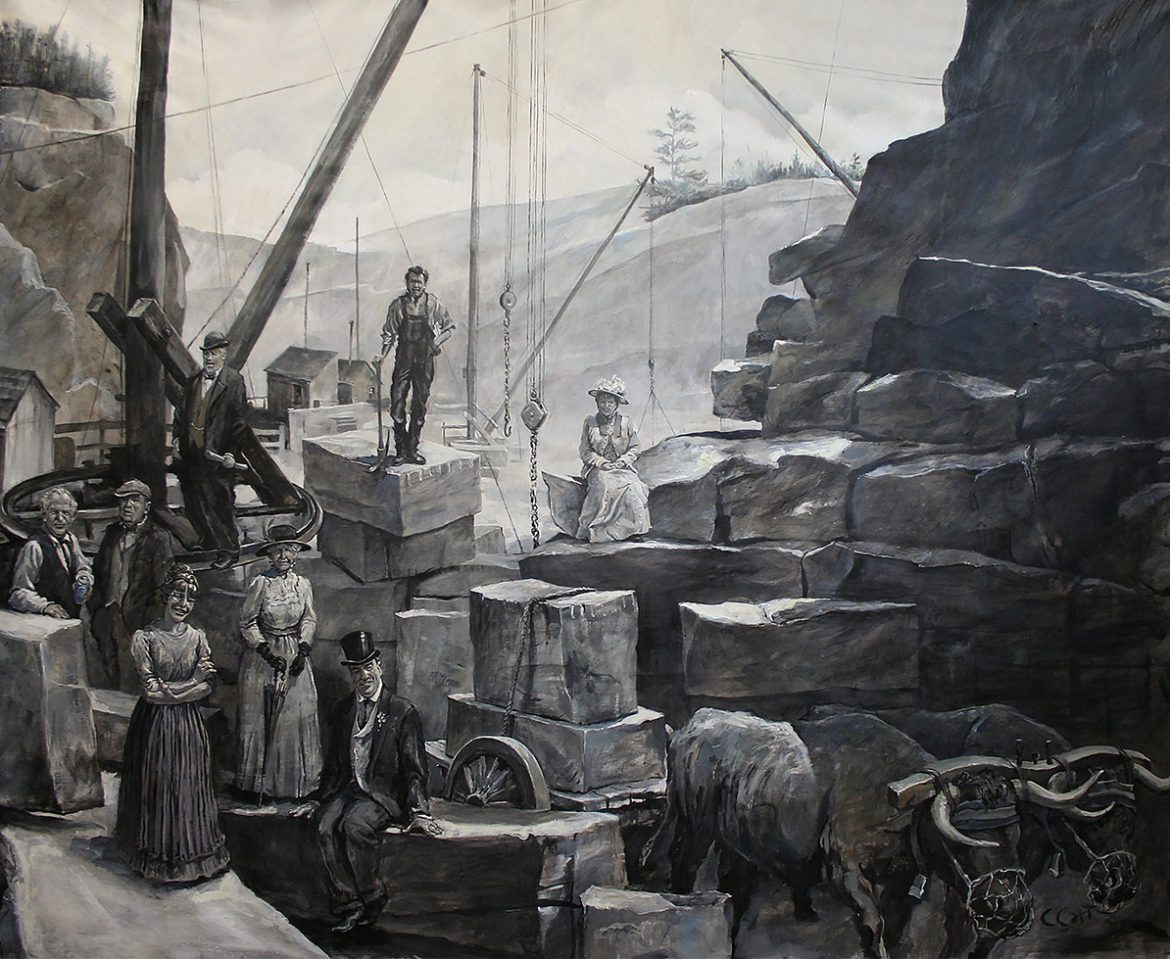 A mural in downtown Hallowell, near the state capital, celebrating the lives of many town notable denizens who have recently passed.  Inclu