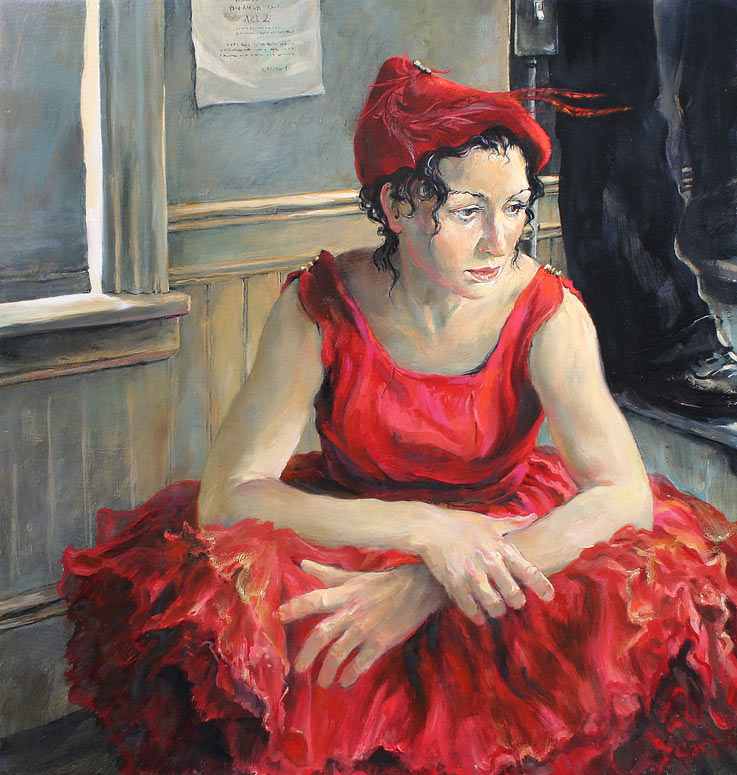 “Act II” shows the idiosyncratic beauty of the singer/actress as she awaits the beginning of Act II in the wings, conserving her energy in the quiet of backstage. Her pose, loose limbed and not particularly ladylike, is at interesting odds with the fluff and feather of her 1950s costume, which gives the painting its nickname, “Red Dress.” The dress and her ivory skin glow with a theatrical light even in the gloom of backstage. I wanted to bring out the combination of toughness and fragility that is so often a hallmark of the performer.

I like the subject of the unseen life of performers backstage, between the moments of putting on their show, Another in this series is “Entr’acte” which shows an actress (in this case my wife) touching up her makeup in the over crowded dressing room of Gaslight Theater in Hallowell, Maine.

I have at times found myself on stage as well, and I have painted many sets for this theater as well.

The egg tempera/oil original “Act II” may be seen and purchased at Harbor Square Gallery in Rockland, Maine.