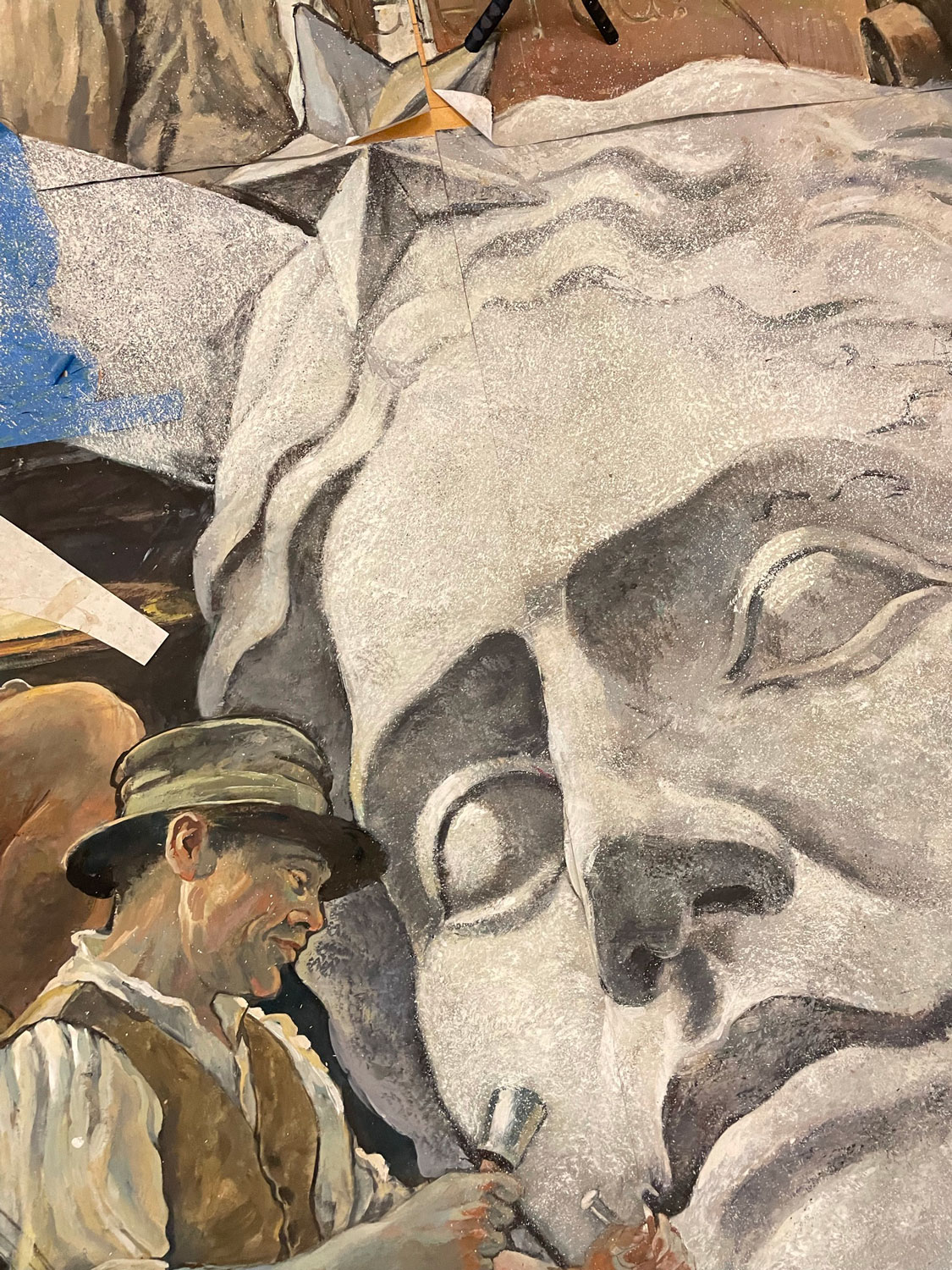 This is the large “Faith” sculpture that was carved in Hallowell in the late 1880’s. She is 36 feet tall, carved from local granite and she is the largest granite sculpture in the United States. She is the centerpiece figure of the National Monument to the Forefathers, in Plymouth Massachusetts.

Here I was adding or layering the granite textures. I had build the forms of her head with simple gray tone paint but that makes her looks like dull concrete. So to build a bright, clear grained, Hallowell granite I splattered many layers of lighter paints on top until it had the density of texture and natural stone-ness that I wanted.

The 36-foot figure of Faith was based on a 9-foot plaster model by William Rimmer in 1875,[6] that was enlarged and altered by Joseph Edward Billings and a sculptor named Perry (probably John D. Perry). The subsidiary statues were executed by area sculptors including Alexander Doyle, Carl Conrads, and James H. Mahoney.