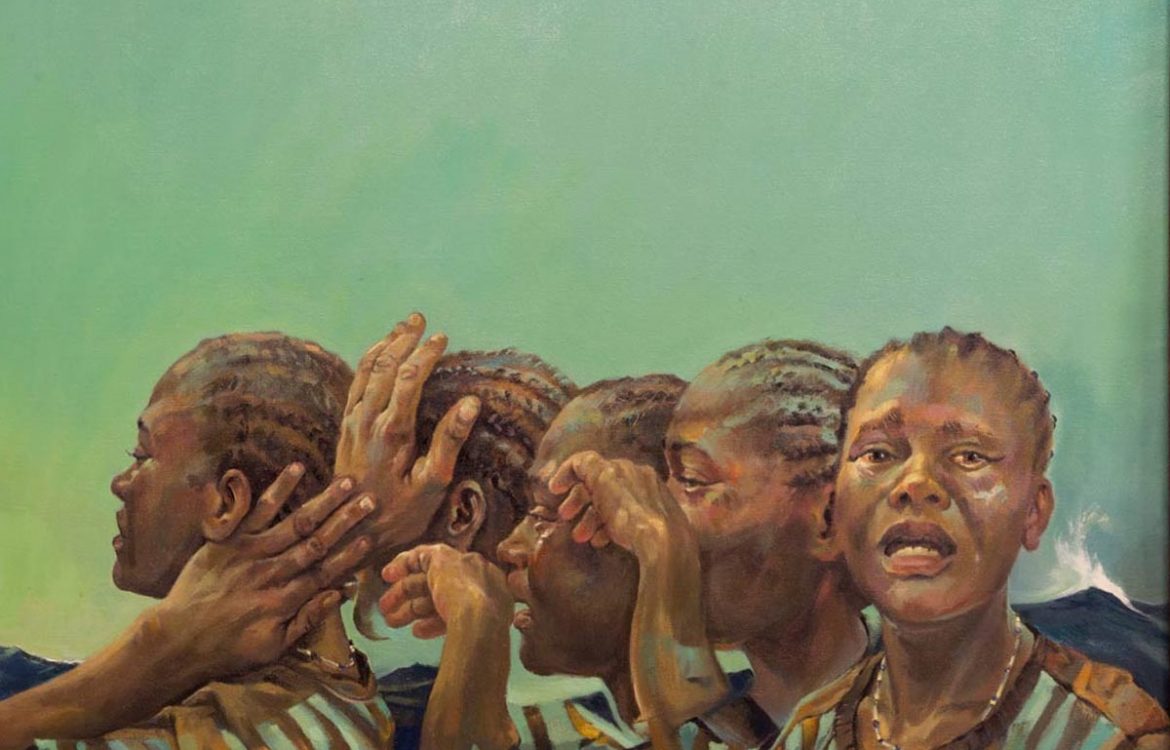 Art needs a strange alchemy of several factors.   Imagination, skill, content, vision and perhaps, as some today are saying, empathy.  None of these elements by itself is enough to become Art in CAPS.

Imagination won’t suffice alone.  Without skill riding shotgun, even the most imaginative idea runs the risk of poor execution, and perhaps wasting that good idea. A loud imagination with no skill is often a naive tantrum.

Skill is not enough either.  Mastering paint skills, while important, by itself can merely seem like looking for approbation or proving one’s self by some sort of school day gold stars standards.

Content, while important, both small and grand content—quiet stories and dramatic stories—is not enough and may smell weakly sincere or rankly of propaganda.

Vision can sometimes pull a piece up to lofty heights simply because of the unique quality of the life-view the artist instilled in the piece—in spite of weak skills and plodding imagination or execution—but this is rare, not to be counted on and vision often is a wondrous soap bubble that will not last.

Empathy for your subject and, yes, empathy for your viewers is interesting as an element of art.  By empathy, do I mean all art should be kind or gentle, non-confrontational?  No, but it does mean that instead of kicking in your viewers teeth, we as artists should try to give the viewer a hand to enter our work.  Make them not the enemy initially, but give them a key or door into the subject.  Confrontational movies often do this in rough story lines by giving us a neutral normal character we can hang onto.  That character brings us into the rough story, and she may be shocked by the scene the way we are.  That is giving us an empathetic entrance into the scene.  But again, by itself this may mean kindness, consideration and may make us a polite society but does not guarantee Art.

So we need a combination of at least few of these these things.  If a piece has all five elements then it might, just might, be a masterpiece to last a few years or more.

One more thing that is important and I am not sure it is as much a part of execution of a piece as a product of the resulting art—the art needs to be relevant to our today, our NOW.  It can be big art or small but it needs to talk to live people today, engage them with the visual language we have today. If not, it is merely nostalgia for another time.

That visual language is in constant flux.  Today the paint world’s visual language seems to be heading back to appreciation of skills of rendering real things.  I think this is fabulous.  Painting a real looking figure is a wonderful skill. (From the artist’s perspective, developing these skills is intoxicating.  It is just plain fun to be able to scrub some paint around and find you have a real looking arm or leg.)

However, and this is a big however, the most relevant art today is not ignoring the masterful work created during the 20th century.  To negate the discoveries in art of the big and little masters of the 20th century “modern” movement is to blind yourself as an artist.  Maybe you didn’t like the work of the modern art century.  But from an artist’s perspective there were very inventive doors opened that can and indeed, should be influencing us as we paint in this new century.

Yes, Pollock, Rothko and Toby should be getting into our heads and finding their way out our brushes…even if we want to paint a naturalistic figurative scene.  We should not ignore the lessons of Hoffman, Kandinsky, Stella, Hockney, Freud, Warhol…the list goes on…

Picasso and Braque opened a door to what came to be called cubism—a new way of looking at an object and painting it, not by creating illusionistic space but by making a brand new honestly 2 dimensional object on the 2 dimensional flat canvas that quoted the original thing, if you will.  I don’t think that space beyond that cubist door has been fully explored.  The great modern master, Nicolas Uribe, is one who has worked with the idea to create some fabulous things…though in a sense I feel his direction is more an experiment of merging time frames rather that merging understood concepts of a form.  But hey, not a critique, it is cool to see new things.  And Nicolas’ hands are pure, unadulterated wondrous magic.

I’m sure I missed stuff but enough for now…off to paint, seeya

the painting detail above is from my oil, I Fear What You Fear.