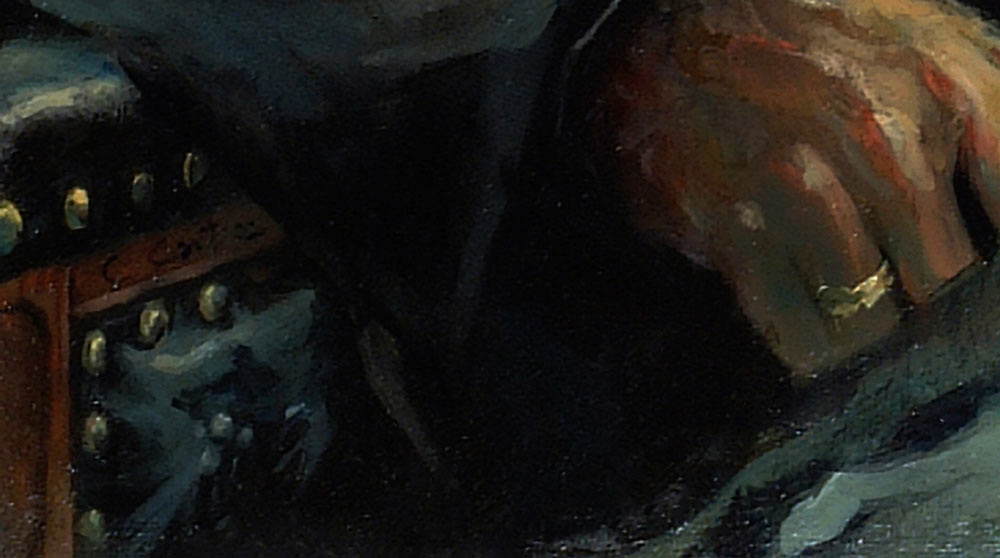 This large oil portrait of Maine’s Chief Justice Daniel Wathen has a picture of a Harley Davidson rider cleverly concealed in the gleam on one of the chair arms.  A man of great force of character and integrity, who once ran for Governor of Maine,  Wathen is also a colorful character often seen riding a large Harley Davidson.  Christopher Cart’s brushwork astutely captures the complex personality of this larger than life public figure.  The painting hangs in Kennebec County Superior Court.  It is one of two portraits of Wathen by Cart.  The other portrait features the Chief Justice on his Harley.