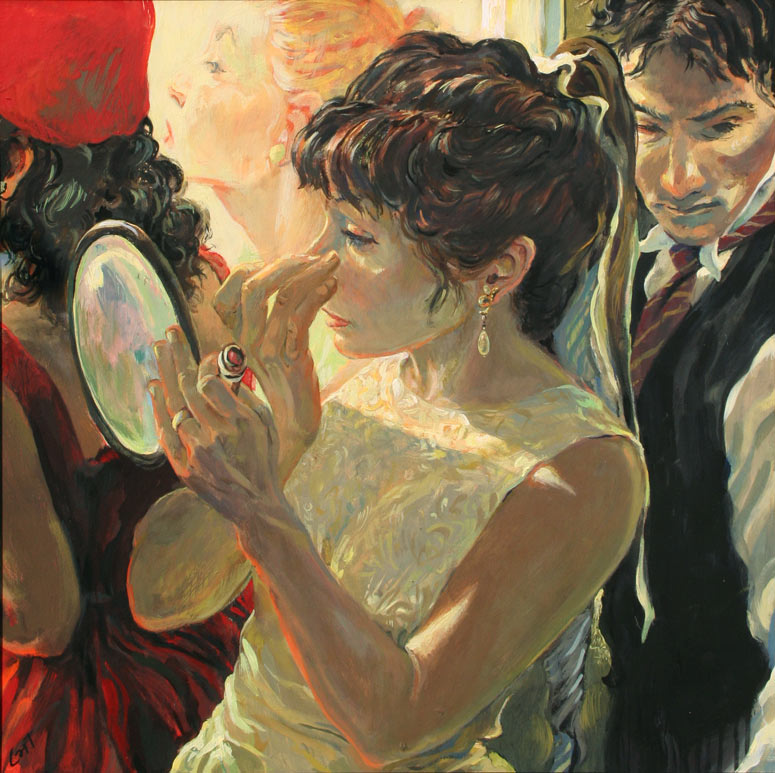 One of my explorations of life backstage, Entr’acte captures the self absorption of actors preparing themselves to go on before the curtain.  The foreground figure my wife, a talented actress, garbed in a wasp waisted 1950s dress, applies makeup as other actresses strain to catch a glimpse in a crowed off canvas mirror.  An actor gazes down in introspection, lost in his mental preparation in the middle of the crowded dressing room.  At the far left, we see the red hat and dress of  the actress portrayed in “Act II.”