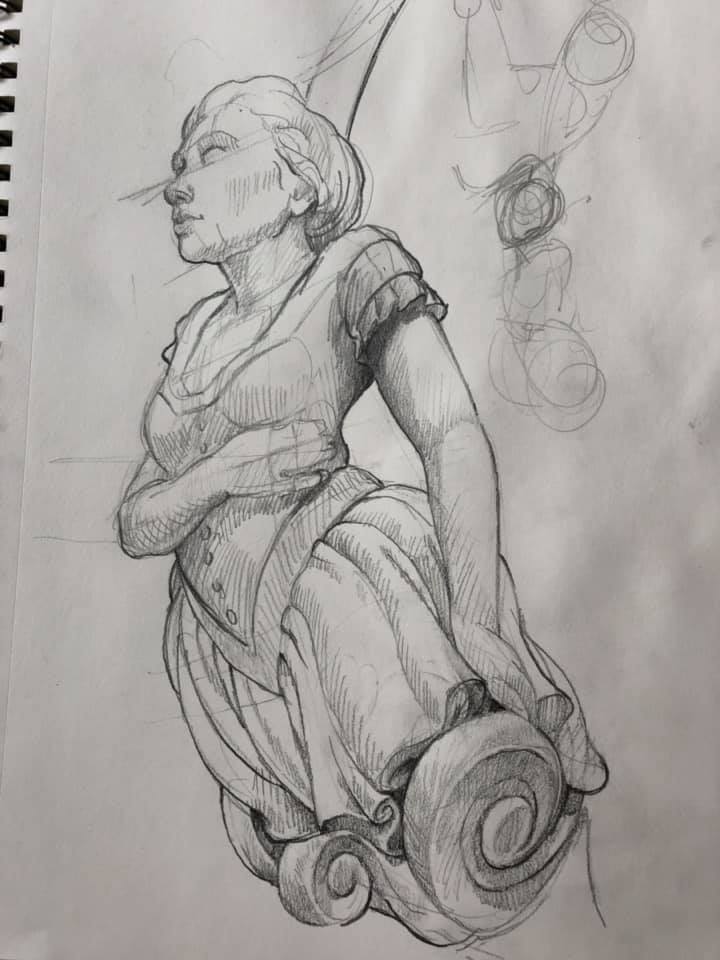 a Hallowell Mural pencil study from this morning for the figurehead I will be working on today.

Captain Drew was a well known sea captain from our bend in the river. As with many men from our town Captain Drew sailed to all ports of the world.

As well as a sea town, Hallowell was also a town of letters and learning. Captain Drew was a man of letters himself, penning articles of his many voyages for the newspaper under the moniker, the Kennebecker, from 1876 to 1889.

Captain Drew’s father was a local ship carver and he will be in the mural working on this figurehead.