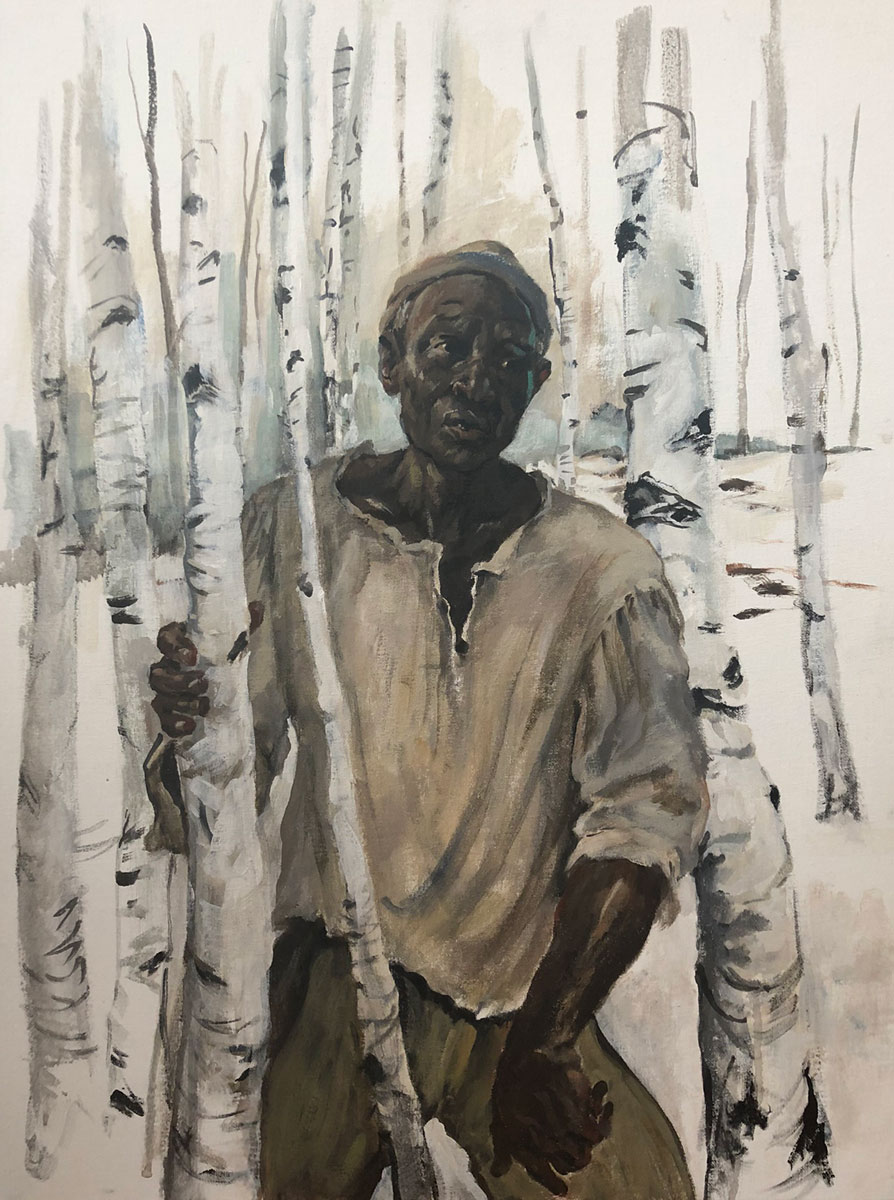 —a color study for one figure in the Hallowell Mural. acrylic on panel, 24 x 18—

In the ongoing Hallowell Mural research, Sam Webber, our grand historian, introduced me to the story of James Matthews—a man from South Carolina, born into slavery in 1808, who eventually escaped, making his way north to finally find refuge in Hallowell.

In 1838, in the Advocate for Freedom – a Hallowell-based abolitionist publication,  Matthews told of his days of enslavement, in an account entitled Recollections of Slavery by a Runaway Slave,  a story that spread nationally and became important to the abolitionist movement. You can read more here:

Hallowell has been a haven or sanctuary for many over the years and I felt the chapter of James Matthew’s life was important to include in the story of our town.

This is an early color study as I develop the idea of how he will be woven into the tapestry of the mural, how best to represent him, his physical type, pose and setting. Here I envision him first making his way to Hallowell through the northern forest.

Matthews had a troubled life, even after his escape from slavery. However, when he died in June of 1888, people of Hallowell raised funds so he could be buried in the main cemetery. You can see his grave there today.

You can support the mural project here: