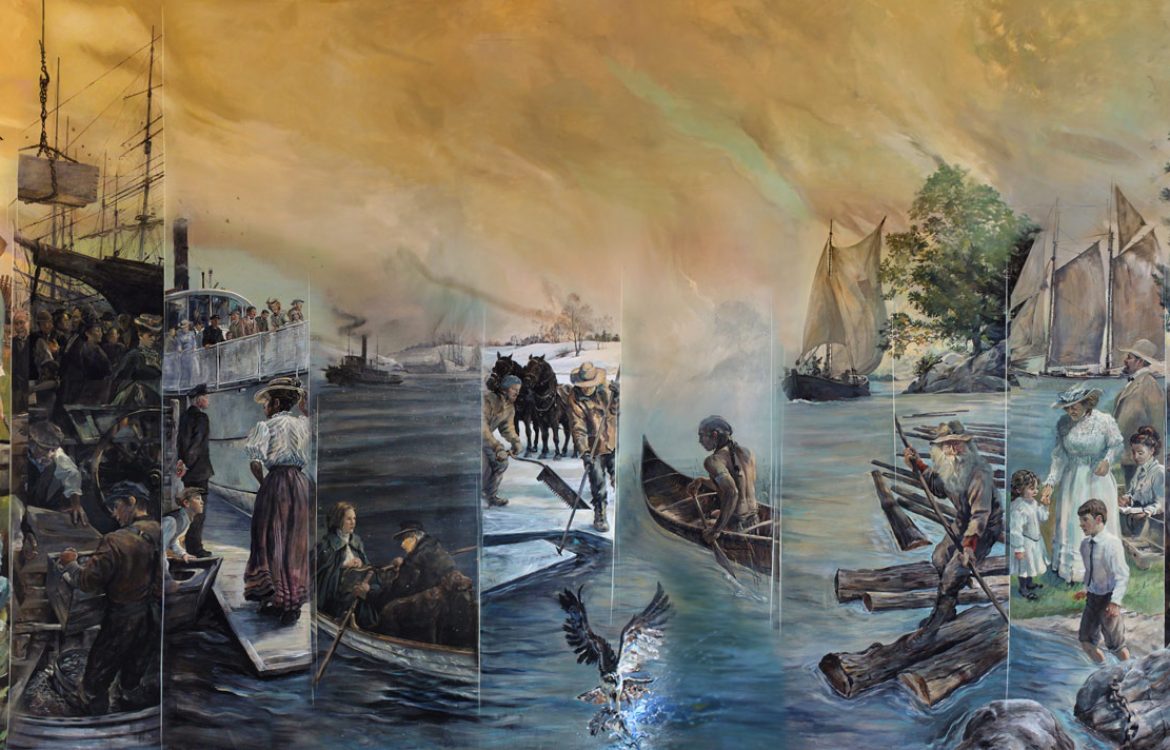 This is a 14 x 40 foot mural I was commissioned through the Percent for Arts Program to paint for the new Capital Judicial Center in Maine’s state capital of Augusta.  The mural is titled Kennebec and tells of the history and importance of the river to Maine.

For more than 4 centuries the river was the major highway, artery  connecting Maine literally with the ports of the rest of the world.

In the mural the river and sky are continuous but the various time periods fold into each other.

I kept the palette for this mural intentionally subdued to be in keeping with the serious and quiet setting in the lobby of the courtrooms.

I wanted to show the ways people lived, worked and played along the river as they built this region.

I have a painting signed by Rodman Cart (it was my Mom’s) and would like to know if you are related to the artist? The painting has a description taped to the back reading…”The Kennebec River near Phippsburg Center, ME 1972. Painted by Rodman Cart, Minister of the Congregational Church at Phippsber Center.”

Any information on the artist and if you are related would be greatly appreciated.
Thanks,
Moira Ben zing

Yes, Rodman Cart is my father. He turned 90 in April and unfortunately, is no longer painting. My parents still live in Phippsburg.