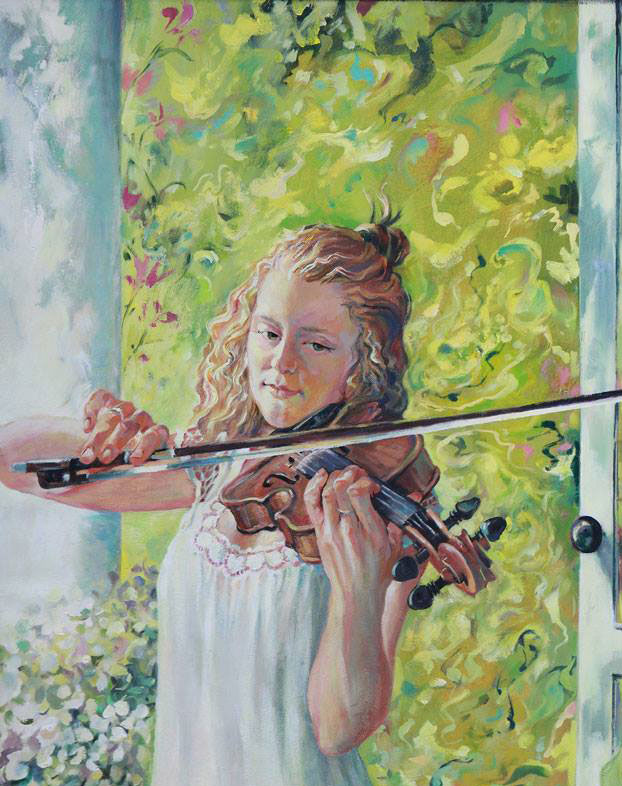 Making technique organic to the work

One of my goals lately is to make my technique organic, to the story in the piece, not try to impose one technique or process on the entire composition, but rather to have each bit of the vision speak in its own technical voice.

I mean if I decide to paint a scene in a very realistic sense then I impose that technique evenly over every aspect of the scene, the figures, the lighting, the perspective, the bricks and mortar and the atmosphere–to make it all work as one cohesive illusionistic whole.  This is all well and good.  However, if there is one thing that the 20th century artists taught us is that even if you are a realist, there are myriad ways to tell that real story.  For example, Picasso has some powerful paintings of his children, a mother teaching her child to walk, children on the floor drawing.  These have a visual strength, punch in a simple story that had he painted them in a late nineteen century style the paintings would have been trite, treacle.

So different things call out to be painted differently.  And I have never, in my head, been pinned to one style.  But only recently have I been trying to bring that style choice into the workings of one canvas.  In stead of deciding the overall style language first and building within that frame, now I am trying to lefft style choice be left open and to be planned within the painting process on the brushstroke level.  Each to its own voice.

The serious risk is off course, total and ugly disastrous chaos.  But hey, no risk is boring.  If I didn’t love risk I’d be working a paycheck job.  I may end up with all disasters but maybe somewhere in all the trying will be a small gem that shines.