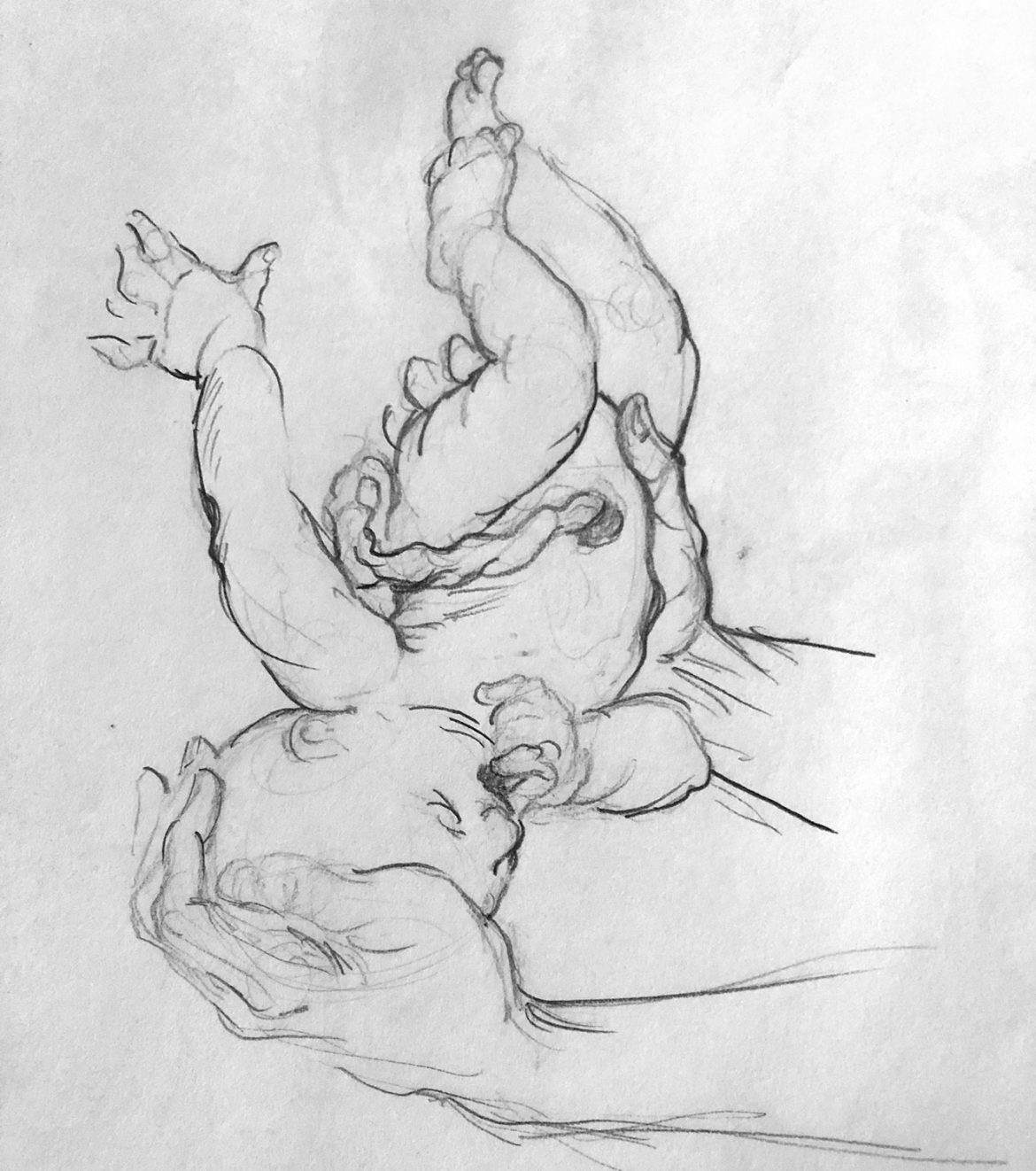 Martha Ballard was a midwife and caregiver for most of the residents of Hallowell in the late 18th and early 19th centuries. She delivered close to 1000 babies, in a region with a population of only several thousand. She was supremely important to the origins of our town.

She kept a diary of her doctoring. She became well known today when her diary was discovered and published.

A study and progress pictures of Martha Ballard in the Hallowell Mural.