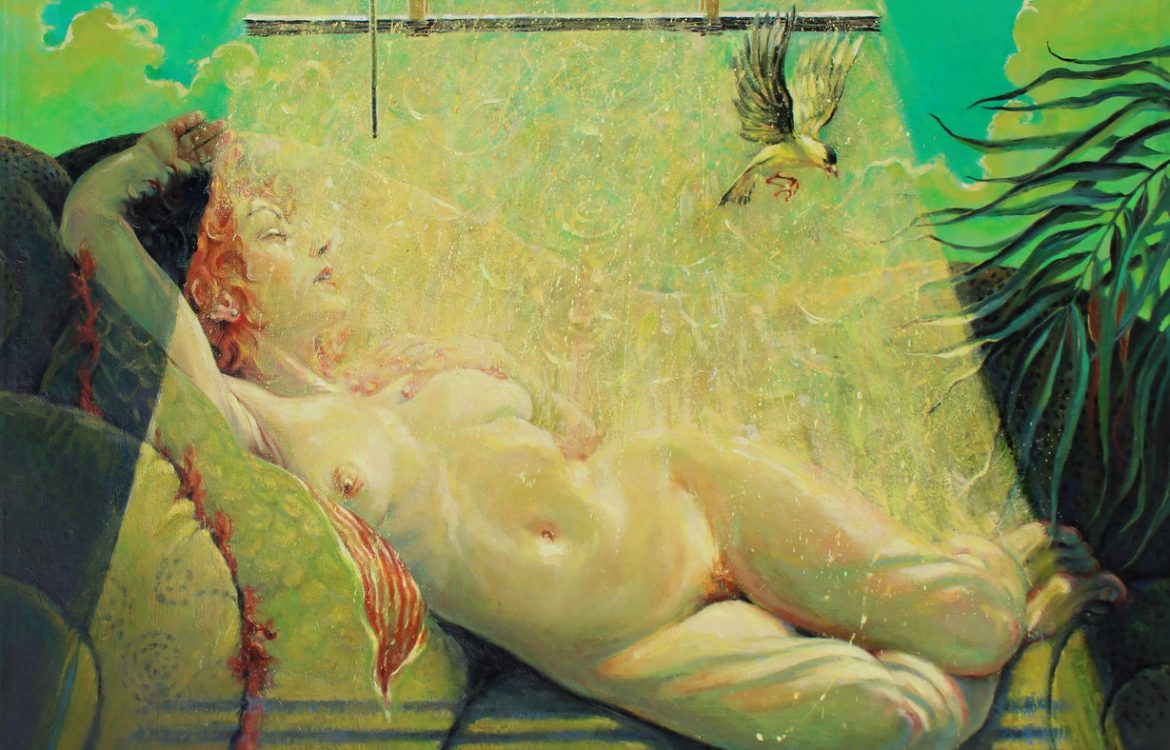 I feel I am a realistic painter, in that I want to paint things that are real.  Things seen and felt.  But to be a realist does not mean to me that every detail has to be rendered in a traditional realistic “one scene” per frame way.  Different things in a painting and a painting’s narrative need to be told in different ways.

Here I painted the nude with light spilling on her from the window…but I gave the light physicality with the paint and though I have the blinds from the window I hung them without the wall because the summer feeling of the moment is that your are in the actual sky with the sun dancing down on your skin.

a Hallowell Mural pencil study from this morning for the figurehead I will be working on today. Captain Drew was a well known sea captain fr 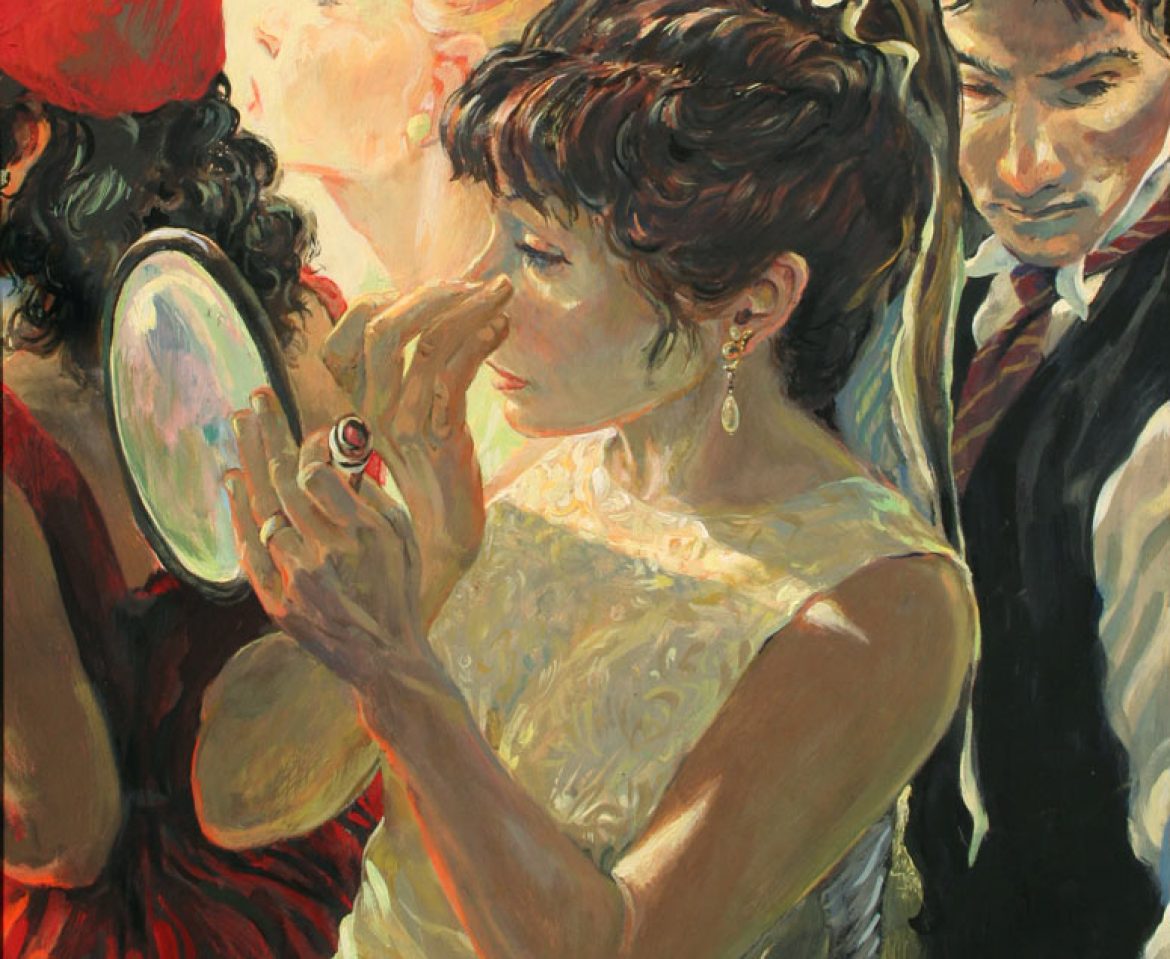 One of my explorations of life backstage, Entr’acte captures the self absorption of actors preparing themselves to go on before the cu